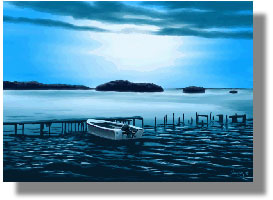 Santa Isabel (SAHN-tah ee-sah-BEL) is known as the “Land of Champions” and the “City of Colts.” The patron saint is Santiago Apóstol.

The Santa Isabel beach, the Petrona and Aguila points, Jauca Bay and Rincón Bay are located in Santa Isabel and Salinas. Off of Petrona Point are the keys of Caracoles, Cabezazos and Alfeñique and to the east of Jauca Bay is the Los Puercos islet.

Among the natural resources of the municipality is one the four segments of the Aguirre Forest. The Punta Petrona wetlands are located in the western part of the forest, on the Santa Isabel coast. These wetlands consist of salt flats, coastal forests and mangroves.

A wide variety of vegetables and tropical fruits are grown in Santa Isabel. Large swaths of land are dedicated to agriculture, which is one of the main sources of income in the municipality. There are also several manufacturing factories that produce clothing, electrical and electronic equipment, metal products and food products.

Santa Isabel, was founded October 5, 1842. On May 22, 1840 Antonio Vélez in name of the neighbors asked governor Santiago Méndez Vigo authorization to found a separated town from Coamo. This was justified, as usual, by the distance from the municipal head in Coamo and by the difficulties of the numerous passages of the river and the conditions of the roads.

The necessary arrangements were made and on October 5, 1842 the separation took place and the municipality of Santa Isabel was constituted. The town was placed under the patronage of Santa Isabel de Hungría. The municipal buildings progressed slowly, and in 1850 mass was celebrated in the home of the Colón family because the church had not been concluded.

It is located in the southern coast. It borders north with Coamo, south with the Caribbean Sea, west with Juana Díaz, and east with Salinas.

Santa Isabel is also known as:

Located in the Coastal Plain of the South, its topography is level. Its highest elevation is the Cuevas Hill with 300 meters of altitude above sea level.

It is watered by the Jueyes, Cayures, Coamo, Descalabrado rivers and the Coamo dam with an area of 158 square kilometers.

The flag of Santa Isabel is described as follows: Flag of the usual proportions, divided horizontally in three stripes of same the width: white the superior one, yellow the central one and red the inferior one, may be ornamented with sugar cane stems or without them.

The enamels or colors of the shield and the figures, allude to the name of the town at the time of its foundation, its Patron Saint and the supreme authorities, under which government the Municipality of Santa Isabel was founded. Santa Isabel is symbolized by the latin “I” and its crown of medieval type. The red and silver colors, that are the old colors of Hungary, represent the purity and charity; virtues that shone more in the infuriate princess, Duchess of Turingia, by their marriage and example of sovereign.

The Apostle Santiago is symbolized by scallop shells, also denominated in heraldic with the Christian names of shells of Santiago or shells of Pilgrims, because they were emblem of romeos, peregrinations and sanctuaries in the Middle Age. In Spain, they got to identify themselves as much as with the famous peregrinations to Compostela, that became standard of this Apostle.

The shells recall, in addition, that the territory of Santa Isabel is rich in archaeological deposits of the Taíno Indians, pre-columbian inhabitants of Puerto Rico. These deposits, generally, are denominated “concheros”, due to the abundance of shells and snails. In addition, it recalls that the sea that bathes the coast of Santa Isabel, these shells were collected in abundance. The colors red and gold of the shield and the crown, represent the Spanish origins of the founders of Santa Isabel, and that the town depended on Villa of San Blas de Coamo, whose Coat of Arms has as dominant colors gold and red. The crown is standard of the towns and municipalities. The sugar cane stems that surround the shield, allude to the main agricultural product of Santa Isabel and to elements characteristic of its landscape.

How to get to Santa Isabel from San Juan.