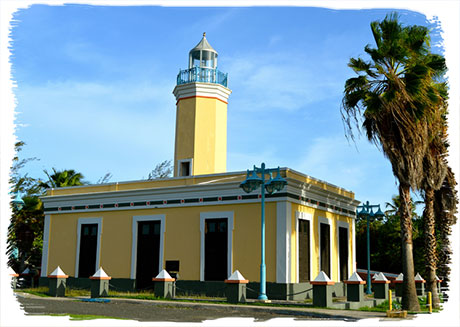 Arroyo (ah-RO-yo) is known as the “Pueblo ingrato” (The ungrateful town), el Pueblo grato (The pleasant town), and “Los bucaneros” (Buccaneers). Its patron is Virgin of Our Lady of Carmen.

Geographically, it belongs to the Ponce-Patillas alluvial plain subregion in the region known as the southern coastal plain. It is a very arid area, although its alluvial plains are very productive because of their artificial irrigation. On the eastern area, on its border with Patillas, are the hills: Bandera, Magdalena or Juan Amaro, and Yaurel. Monte Verde is located in the area between Ancones, Yaurel, and Pitahaya. Corazón hill is located in the mountain range that serves as border with the municipality of Guayama.

Towards mid-20th century, this municipality’s economy depended mostly on growing agricultural products such as yam, plantain, yautía (root vegetable), and sugarcane; one of its main sugarcane producers was Central Lafayatte. Today, this town has some pharmaceutical companies and part of its land is used as dairy farms.

According to documents of the Departamento de Obras Públicas de Puerto Rico it was in 1855 when the jurisdictional limits between Guayama and Arroyo were established. However, the newspaper Gaceta de Puerto Rico published in 1868 says that Arroyo was founded in 1852.

In 1859 the City Council adopted an agreement to open streets; then a year later the construction of the plaza and a culvert in the Marina Street of the town. Two decades after the foundation of the town, Arroyo had 5,575 inhabitants. At the time the following rural districts formed the municipality: Barrio Pueblo (east and west), Pitahaya, Yaurel, Ancones, Cuatro Calles, Palmas and Guásimas.

In 1898 the rural district Cuatro Calles became part of the urban zone. The rural zone consisted of the districts of Ancones, Palmas, Guásimas, Yaurel and Pitahaya.

It was not until March, 1905 that the Legislature of Puerto Rico approved a law that revoked the law approved in July of 1902 and the Municipality Arroyo was reorganized and constituted again as an independent municipality with the same territorial organization it had before being annexed to Guayama.

Arroyo is also known as: 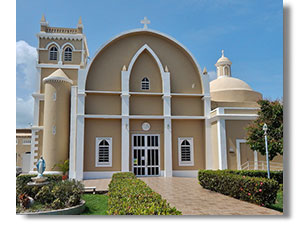 The topography corresponds to the sub region of the Ponce-Patillas Alluvial Plains, a region known as the Southern Coastal Valley. It is a very dry area, although the alluvial plains are productive because of artificial irrigation.

The Nigua also known as the Laurel river, crosses the municipality north to south. The hydrographic system is completed by the Corazón, Antigua, Jácana, Yaurel better known as Zanjón gorges, and others of less importance. The old Virella Colony has a mineral water spring. This municipality also counts with thermal waters, but have not been exploited.

Manufacture of furniture, electronics, and pharmaceutical products. Sugarcane and other agricultural products are cultivated.

It has two horizontal bands of equal size. The orange and black colors keep alive a past filled with adventure and accomplishment. The Coat of Arms is placed in the center of the flag.

The municipal authorities officially approved this shield on the 31st of March, 1970. Cut into the upper blue field a church, a rosary to the right and a flower to the left. At the base, a tower between two silver telegraph poles on green hills. At the bottom waving stripes of blue and silver, and below these, a fish.

Above the shield, lies a crown of three towers filled in with purple. Below there’s a banner with the motto, Arroyo Pueblo Grato (Arroyo Pleasing Town).

How to get to Arroyo from San Juan.