The Birthplace of Volleyball

Corozal (ko-ro-ZAHL) residents are known as known as “The plantain farmers,” because of the huge numbers of plantains planted in the mountains of the municipality. The municipality is also called the “birthplace of volleyball” and the “Capital of the Center of the Island”. Corozal’s patron saint festival honors the Holy Family and is held in the month of January. The town also has a Plantain Festival.

Corozal is located in the west central region of the island, close to the north coast. It is bordered on the north by Vega Alta and Toa Alta, on the south by Orocovis, Barranquitas and Naranjito, on the east, also, by Naranjito, and on the west by Morovis and Orocovis.

In the Abras sector are La Chiquita and Quintero caves and in the Padilla sector is the Rodríguez cave. All are wet and dark. The Quintero cave is especially deep.

Today, agriculture still has a role in Corozal but on a smaller scale. The municipality also has factories producing clothing, food products and machinery.

The town of Corozal was founded in 1795 by the owners of the land, Don Joaquin Marrero and Don José de Rivera Ortiz. This last one was the first constitutional mayor in 1813.

The name Corozal comes from the word corojo or corozo (“Corozo”, “Corojo”, “Tagua”, or “Vegetal Ivory”), these are the fruits of a palm, (phytelephas macrocarpa) that reaches a height of five to six meters and grows in humid places which are used to confection bottons and others crafts. It is also said that it could have been due to the abundance of these palm trees in the area.

Located in the central-eastern region, closer to the northern coast, it borders north with Vega Alta and Toa Alta, Orocovis, south with Barranquitas and Naranjito, east with Naranjito and west with Morovis and Orocovis.

Corozal is also known as: 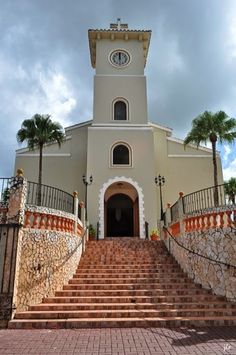 The higher elevations of this municipality are to the south, reaching 700 meters, but do not excede 1,000 meters. To the north in the Cibuco, Abras and Palmarejo wards the terrain is level.

The flag of the town is inspired by the Coat Of Arms, it consists of three horizontal stripes of equal width, yellow the top, green the middle and blue the bottom, and in some instances the middle stripe could have embroidered or printed the Coat Of Arms.

On a gold background three Corozo Palms, with clusters in their original color, planted on a green landscape and in front of a mountain range. At the bottom, blue and silver water waves sprinkled with gold nuggets. The three towercrown is gold with black stones.

The Corozo Palms represent the name of the town and its river, whose margins were populated with these palms. The mountains represent the high and striking mountains of Corozal. The waves represent the Corozal River and gold nuggets, metal that until recently was panned in its riviera. The gold background of the Coat Of Arms is symbol of hard labor and also alludes to the gold of Corozal, so appreciated long ago for its purity. The crown is a emblem used to designate cities and towns.

How to get to Corozal from San Juan.