Where The Gods Die 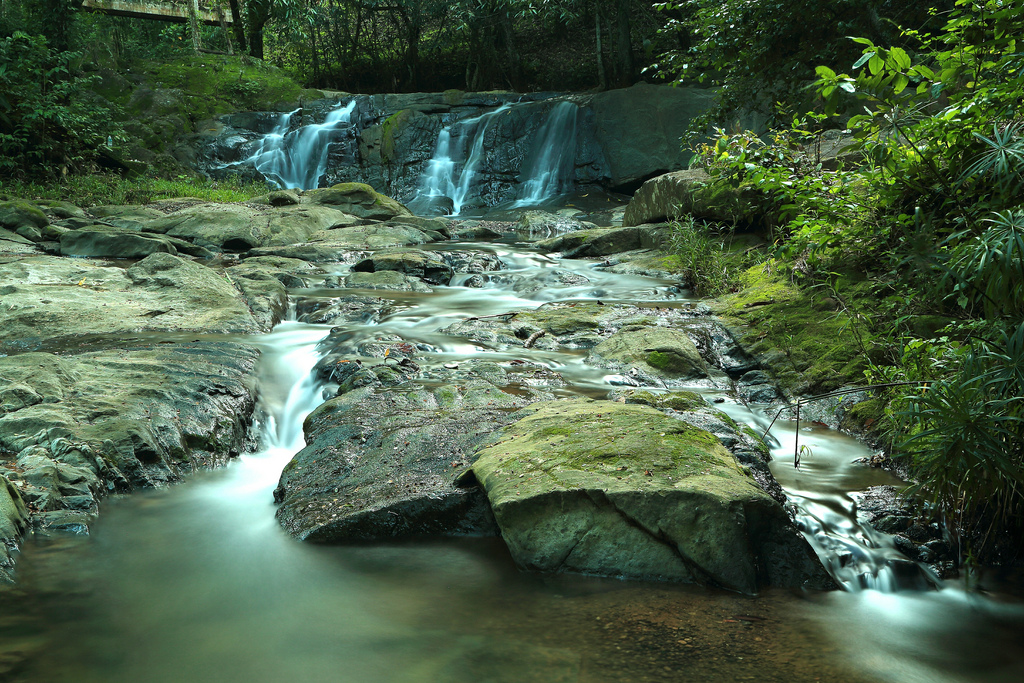 Añasco (ah-NYAHS-ko) is known as “the town where the gods die,” “the puff pastry town,” “the blood sausage town,” and “the natives.” The patron saint is Saint Anthony the Abbot.

Añasco is located in the valleys of the west coast of the island, and is bordered by the Río Grande de Añasco. It is bordered by the towns of Rincón, Aguada, and Moca to the north; Mayagüez to the south; San Sebastián and Las Marías to the east; and the Mona Channel to the west.

The land is largely flat, but there are some elevations that belong to the San Francisco mountain chain: Canta Gallo, and Gordo and Pinchón. In addition, there are wetlands and beautiful beaches. The rivers that run through the municipal territory are Grande de Añasco, Cañas, Casey, Dagüey, Hondo, and Humatas. There are also several brooks, such as La Balsa, Caguabo, Cerro Gordo, Cercada, Chiquita, Grande, Icacos, Justo, Las Piedras, and Del Muerto. On the coast there is the Añasco Bay and a promontory called Punta Cadena.

Today, agriculture ranks third or fourth as an economic activity, since most of the arable land is used for manufacturing, commerce, public buildings, and subdivisions. Nevertheless, plantains, bananas, and other produce are still grown. There is also a kind of mango produced in the region that is used to produce a famous jam. Añasco was also known for its pork rinds, a reputation now held by Bayamón.

Don Luis de Añasco founded the city of Añasco 1733. Juan Ponce de León sent him to this region to surpress a revolt by the Taíno Cacique Chayoán. The revolt arose after Cacique Chayoán ordered the drowning of Diego Salcedo in the Río Grande de Añasco river (called by the Taínos, Gurabo River), verifying that the Spaniards were not Gods but, instead, mortals. That is why today Añasco is called “Donde los Dioses Mueren” (Where The Gods Die).

Luis de Añasco was from neighboring San Germán and proprietor of the land where the town of Añasco was founded in 1733 by initiative of the rich landowner Don José de Santiago. This property was located on the margins of the river “Guaorabo”, today known as Río de Añasco.

Located in the Costal Valley of the West. It is bordered by: Rincón, Aguada and Moca to the north, Mayagüez to the south, San Sebastían and Las Marías to the east, and the Mona Passage to the west.

Añasco is also known as: 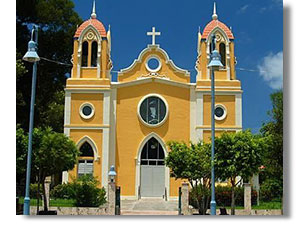 The terrain is practically level and it has beautiful beaches. The elevations pertaining to the Central Mountain Range (Cordillera Central) that stand out in the topography of the municipality are the following: Canta Gallo (370 m), Gordo (340 m), and Pichón with the same height.

Annual precipitation is approximately 80.4 inches and the average temperature is 75º Farenheit.

The main source of income comes from the industries established in the industrial zone. Construction, commerce, and agriculture (sugar cane and fruits) constitute other sources.

The flag derives its design, colors and symbolism from the municipal Coat of Arms. The only difference is that silver is painted white on the flag.

The green field of the shield contains a saber cross massed in black, outlined in silver, and has a gold scallop shell in each quadrant formed by the cross. A gold mural crown of three towers crests the shield. The shield itself is identical in its design and colors to the one from which it probably came; that is, that of Captain Luis de Añasco, companion of Captain Juan Ponce de León in his first trip of exploration and colonization of Puerto Rico. “When Juan Ponce de León came to discover Puerto Rico,” it is written in the “History of Puerto Rico”, by Fray Iñigo Abad y Lasierra, “he took in his company Captain Luis de Añasco.” The Cacique Agüebana asked Juan Ponce de León to gave him the name of the captain, which he used from there on.

In his book “The Colonization of Puerto Rico” Don Salvador Brau says that, “Luis de Añasco resisted, with the help of other captains, the Indian attack in Aguada (area of Añasco). Later he participated in the campaign against the insurrection of the natives and baptized the female Indian Chief “Cacica Luisa” of the area of Loíza, by which she received the spanish name Luisa”.
The shield of the town of Añasco is then, the same of the explorer Don Luis de Añasco, whose last name is perpetual in the population. One of the particular details, the four scallop shells, remember the last name of the founder of Añasco, Don José de Santiago, because these shells are also called “de Santiago”, in the Spanish tradition they represent Apostle Santiago el Mayor, Patron of Spain.

How to get to Añasco from San Juan.