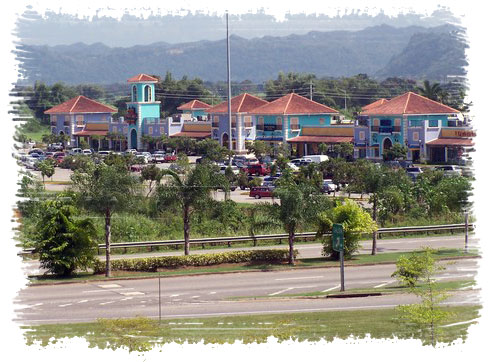 Barceloneta is known as “The Industrial City” and “The Home Town of Sixto Escobar.” The Patron Saint is Our Lady of Mount Carmel and the festival in her honor is celebrated in July. Barceloneta is rich in tradition and boasts an extensive literary and musical folklore. Its trovadores and improvisadores (traditional folk singers and improvisers) perform a ten-line verse form called décimas campesinas, religious or patriotic themes being the most popular.

Barceloneta is located on the north central coast of the Island. It is bordered on the north by the Atlantic Ocean, on the south by the municipality of Florida, on the east by Manatí, and on the west by Arecibo. The northernmost part lies in the region known as the northern coastal plains.

The town has several waterways: the Río Grande de Manatí, the Quebrada Cimarrona, and the Tiburones and Matos rivers; all of which flow into the Atlantic. Coastal features include the Palmas Altas Promontory and the Tres Hermanas keys.

Barceloneta’s economy is centered on the chemical and pharmaceutical industry. It is one of the most industrialized towns on the Island, and has the highest concentration per square mile of this type of industry in the world. In agriculture, Barceloneta is an important pineapple producer.

Among the youngest towns of the island, the city of Barceloneta was founded the July 1, 1881. It was one of the last municipalities created by the Spanish government in Puerto Rico. Its founder was Don Bonocio Lenza Feliú.

Barceloneta was named in honor of Barcelona (city of Spain) where the founder was born. Thirteen years after its foundation it experienced great agricultural and industrial development with 3 sugar cane plantations, 93 coffee plantations and 100 fruit farms.

Located in the North coast, it is bordered by: the Atlantic Ocean on the north, the city of Florida on the south, Arecibo on the west, and Manatí on the east.

Barceloneta is also known as: 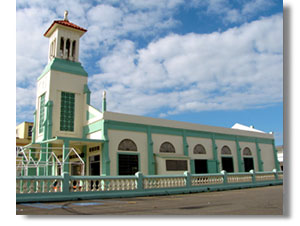 The terrian is mainly level. Because it is in the karst zone the terrain has many wooded hills and caves typical of the karst zones.

The Grande de Manatí river is 73 kilometers (45 miles) in length and lies between the municipalities of Manatí and Barceloneta and ends at the Atlantic Ocean. Also part of the hydrography is El Caño Tiburones, the most extensive marshland of the island and second most extensive of the Caribbean, covering 2,266 hectares.

Precipitation is approximately 53.01 inches and the annual average temperature is 77.8°F.

It has the greatest pharmaceutical complex in the world (14 industries). These industries choose Barceloneta to establish their companies because of its vast underground water deposits. The water in Barceloneta is so pure that it requires very little treatment for the manufacture of pharmaceutical products. In addition to the pharmaceutical industry it counts with numerous factories dedicated to the manufacture of textiles, food, chemicals, plastics, electronic instruments, communications and scientific equipment.

The Municipal Assembly adopted the flag following ordinance No. 21, May 31, 1979. Roberto Biascochea Lota, Special Consultor in Heraldic Matters to the Puerto Rican Institute of Culture and Special Assistance to the Director, designed the flag. The flag is a rectangular adaptation of the former Coat of Arms, as are its colors, with the variation of omitting the flowers of “guajana” (sugar cane flower) and that the blazon’s gold and silver are substituted by yellow and white, respectively.

The flag of Barceloneta derives from the Catalonian flag, the autonomous region of Spain which has Barcelona as it’s capital. Barceloneta is the name of Barcelona’s famous beach, and the original settlers of this Puerto Rican town were Catalan immigrants to Puerto Rico. The cross represents the flag of Saint George, one of the patron saints of Catalonia (along with Our Lady of Montserrat).

This shield was approved by the Municipal Assembly by decree #21, 31 May, 1979. The sugar cane flowers (guajanas) symbolize the source of life of the old agricultural economy of Barceloneta. The blue symbolizes the beaches and marine ports of great importance for industry and commerce. Its crown consists of three towers.

How to get to Barceloneta from San Juan.