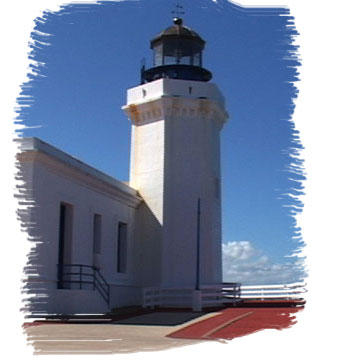 Arecibo (ah-re-SEE-boh) is a municipality on the north coast of the island. It is known as the “Village of Captain Correa,” in honor of the heroic acts of Antonio de los Reyes Correa, who defended the village of Arecibo from the attack by the English in 1702. The Spanish colonel was awarded the Royal Effigy medal by the Spanish crown and was promoted to captain.

Arecibo residents celebrate various festivals during the year. Among the most important are the Patron Saint Festival in honor of San Felipe in April and the Arecibo Carnival, which takes place in the month of February.

Arecibo is also known for its traditional celebration of the Cetí Festival at the end of November. The cetí is a small fish that is frequently caught in the mouth of the Grande de Arecibo River during the quarter moon in July and during the same phase of the moon in subsequent months through January. Sometimes, these small fish form schools that can be as large as 25 to 30 meters long. Because of this fish, Arecibo is also known as the “Cetí City”. 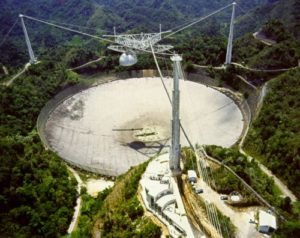 The world’s largest radio-telescope is located in Arecibo. The gigantic structure, built of reinforced concrete, aluminum and steel, rises 565 feet above the mountains in the Esperanza sector. It was built by the U.S. Army Corps of Engineers at an initial cost of nine million dollars. It was inaugurated in November of 1963 under the direction of Prof. William E. Gordon of the Cornell University School of Electrical Engineering.

The geographic position of the town, approximately eighteen degrees north of the equator, makes it well suited for observations of the sun and the planets. The radio-radar telescope captures signals arriving from celestial objects in the farthest parts of the universe, and also contributes to scientific research on climate change.

Arecibo played an important production role in the Puerto Rico rum industry, as it was home to the Puerto Rico Distilling Co., founded in 1911. The company produced rums and other distilled liquors and sold them to other corporations on the island. Later, during Prohibition, it produced ethyl alcohol and Superior 70 rubbing alcohol. Over time, much of the land that belonged to this business was bought by the government of Puerto Rico to create housing projects.

Today, Arecibo has diverse industries related to the production of textiles, chemicals, and electronic equipment, among others. The service industry, business and agriculture remain part of the town’s economy, along with fishing.

Arecibo has existed as a population nucleus since the early years of the sixteenth century (1533). In the year 1570 the Taino Indians entrusted the land to the Spaniards who began to live in the village.

According to history, the name Arecibo comes from an Indian Chief named Arazibo. The historian, Francisco M. Cadilla, doubts this assertion as he mentions in his book, "Los Ochonentistas," based on the historian Don Antonio de Herrera, where he talks about one of the seven mightiest rivers of the time, the Arecibo River.

In 1614 when the governor of the Island was Don Felipe de Beaumont, due to its population growth the village was promoted to a town. Governor Don Felipe de Beaumont with the consent of Bishop Pedro Soler, called it San Phelipe del Arecibo. In 1778 it was declared Villa, and later was known as "Very Loyal" (Muy Leal) in 1850.

Arecibo is also known as "La Villa del Capitán Correa" (Captain Correa Villa) when Lieutenant Antonio de los Reyes Correa on August 5, 1702, with a small group of armed militia ambushed and repulsed an attack of 40 English soldiers. They pushed the invaders out to sea with a balance of 22 dead invaders against 1 dead and 3 injured defenders. For this act of bravery he was promoted to Captain and was given a medal.

Arecibo is bordered by: the Atlantic Ocean to the north, Utuado and Ciales to the south, Hatillo to the west, and Barceloneta and Florida to the east.

Arecibo is also known as: 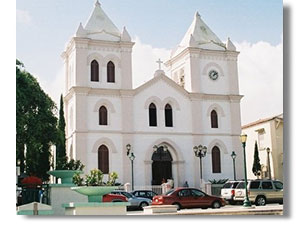 Its terrain is almost level. Correa Hill, located in Sabana Hoyos, has approximately 270 meters (886 feet) only of altitude above sea level. The territory belongs to the Northern Coastal Valley region, which is adjacent to karst zone characterized by the presence of caves and wooded hills. The landscape near the coast has dunes formed by the wind.

The annual precipitation is around 53.01 inches and the average temperature is 77.8°F.

The economy of Arecibo is due to several factors: plants that manufacture textile products, chemical, electronic and electrical, and medical instruments among others. It also depends on services in commerce and agriculture. Another economic factor in Arecibo is fishing, although in a smaller scale.

The flag of Arecibo derives its composition and colors from the Shield of the City. It is divided vertically in two equal parts.

The left side is blue having a belt that stands for "Captain Correa", a local military hero from Spanish times. The other part is yellow with fifteen blue rhombis with the vertices touching each other and placed in three horizontal rows of five each and five vertical columns of three each.

The shield is divided by diagonal lines in golden and blue rhombis with a blue stripe in the superior part, in which resides an opened five-point crown and which is adorned with drawings characterizing the art of the Taínos. This combination of symbols represents the Indian Cacique (Chieftain) from whom the population's name derives, the governor that erected the town and the hero Captain Correa who defended it.

The crown remembers the Cacique Francisco Jamaica Arecibo, converted to Christianity, who reigned the region of the Abacoa, today Arecibo. The two turtles are symbols of antiquity. The population of Arecibo is one of the four oldest of the Island. The golden rhombis are part of the shield of arms of the Governor Felipe de Beaumont y Navarro, Governor of Puerto Rico (1614-1620) and which had part in the foundation of Arecibo in 1616. The strap in gold and clasp of silver that borders the shield alludes to Captain Antonio de los Reyes Correa, of Arecibo. In the strap, in saber letters, it says Very Loyal (Muy Leal), a motto granted to the city in 1850. The crown mural has five towers, which means that Arecibo received the title of village. This occurred in 1778.

How to get to Arecibo from San Juan.