Ciales (see-AH-les) is known as the “cojoba town,” “the land of coffee,” and “the town of the brave. The patron saint is Our Lady of the Rosary.

Ciales is located on the northern side of the Central Mountain Range. It is bordered on the north by Arecibo, Florida and Manatí; on the south by Orocovis; on the east by Morovis and Orocovis; and on the west by Utuado and Jayuya. Three geographic regions converge in the municipality: the humid hills of the North; the humid mountains of the East; and the rainy mountains of the West.

The moderately fertile soil is relatively deep. The terrain is largely mountainous which means that cultivated land is very steep. There is very little flat land, mostly on the eastern side of the town along the Río Grande de Manatí.

Recreational fishing may be practiced in El Guineo Lake, where there are sunfish and large mouth bass.

Ciales economy is largely agricultural, the main crop being coffee. Tobacco and produce are also grown and there is some dairy farming. The government industrial development program has sponsored factories in the town such as, Thermo King de Puerto Rico, the leading manufacturer of refrigerated trailers in the world. Another source of employment is the tobacco factory.

Ciales was founded the 24 of June of year 1820. Before its foundation it had been a district of Manatí. It took the name of Lacy in the beginning, a military hero who stood out in the War of Independence that freed Spain from France.

There’s two other theories proposed for the origin of this name: the nationalist poet Juan Antonio Corretjer says that its origin comes from the Taíno word “saibales” (stone site); others say that it comes from the Celis family that lived in the region. Today the name of Taíno origin is accepted.

After being a district of the municipality of Manatí, Ciales became independent by means of the initiative of its neighbors, who in 1816 solicited authorization to separated the town from Manatí, for the reasons that others adduced in similar cases: distance of the municipal capital, bad conditions or absence of roads, impossibility to attend mass or to receive the sacraments, lack of local justice and other resemblances.

In order to carry out the request they empowered Isidoro Rodríguez Villalobos. After taking declarations of numerous witnesses and other tests, the Provincial Delegation recommended to approve the request and authorize to populate the area.

On November 14, 1820 this Delegation pointed out that the neighbors had already concluded the construction of a church, under the invocation of San José, erected a jail, and had a priest. Initially Ciales had four wards: Alto de la Jagua, Ciales Town, Cuadrillera and Pozas.

Cohoba was inhaled into the nose with tubes made from a variety of materials such as bones or tubers. The cacique’s hallucinations were believed to be communication with the various gods.

Ciales is also known as: 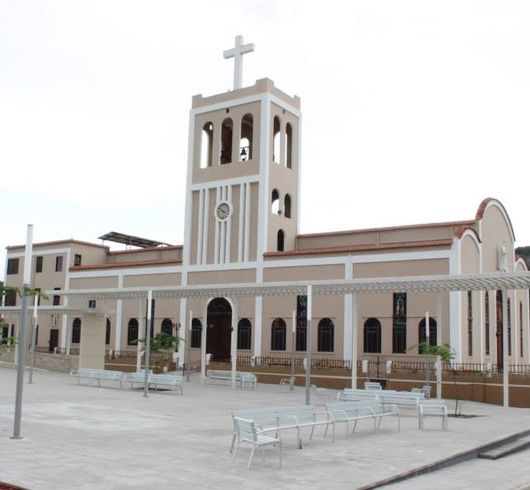 It contains medium elevations such as the La Holla, Vista Alegre and Cedro hills.

During the 150th anniversary of the foundation of Ciales in 1970, the flag, coat of arms and seal were officially adopted. The municipal assembly proclaimed the following, with the sanction of Mayor Don Ismael Nazario and with the backing of resolution No. 13 series 1969-70 among others:

The flag is an abstract composition where the colors of the shield are repeated, with the exception of gold that is represented in the flag by yellow. The flag is divided into seven unequal stripes described in sequence: yellow, red, yellow, purple, yellow, red, and yellow. The design is the same as the Vega Alta flag, but with more vivid colours. 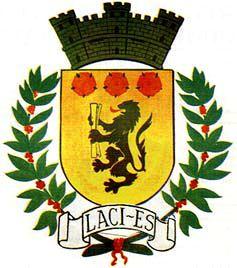 The coat of arms consists of a gold shield with a lion standing on its rear legs and silverplated nails grasping a silver coiled parchment between its front claws. The lion also shows a red tongue. Above the lion in the superior part of the shield are located three heraldic roses arranged horizontally with red petals and green leaves.

A golden crown of three towers rests on the shield. The three towers are united by walls, simulating masonry blocks. The shield is surrounded by a crown of coffee tree branches with their berries, all in natural colors.

The butt ends of the branches are tied by a red ribbon and crossed under the shield. Below the shield, a white floating ribbon contains the inscription “LACI-ES” written in black letters.

How to get to Ciales from San Juan.