Hatillo (ah-TEE-yo) is known as the “Milk Industry Capital”, “Hatillo of our Hearts”, the “Land of the Green Fields”, the “Town with no Soup” and “The Ranchers” Town”. The annual patron saint’s festival is dedicated to Our Lady of Mount Carmel. The town also celebrates the traditional Day of the Masks, on December 28th, the Day of the Holy Innocents.

Hatillo is located in northwest, north coast of Puerto Rico. Its bordered by the Atlantic Ocean on the north, the town of Utuado on the south, Arecibo on the east, Camuy on the west, and briefly bordered by Lares on the southwest.

The town is part of the northern coastal plain in a zone designated as the northwest meseta where there is a belt of predominantly flat or slightly rolling land. The territory is divided into a northern and a southern belt, consisting of karst haystacks and sinkholes. Towards the center, the topography is irregular, extending towards the mountains of the island. Hatillo is bathed by the Camuy River.

Since its founding, Hatillo’s principal activity has been the cattle industry and the town is currently the world’s largest producer of milk per square mile, producing one third of the milk consumed in Puerto Rico. The town also has factories sponsored by the government Economic Development Administration, as well as the Plaza del Norte shopping mall, the fifth largest on the island. There is excellent fishing in its coastal waters, which are still used for this purpose.

Don Agustín Ruíz Miranda founded Hatillo as a village June 30, 1823. Its first mayor was Don Francisco Martinez. Originally the lands consisted of a lot that was approximately ten “cuerdas” (a cuerda is less than an acre). They were granted by Agustín Ruíz Miranda with the condition that public buildings be erected and wide streets be built and the remaining land be sold or yielded for homes. The lands could not be used for any other reasons than those as stipulated by him.

The town is also known as “Hatillo del Corazón del Riego” (Hatillo Heart of Riego) for two reasons: it had been separated from the district (barrio) of Hato Grande de Arecibo (Great Ranch of Arecibo). This district had been previously subdivided by the districts Hato Arriba (High Ranch), Hato Abajo (Low Ranch) and Hatillo. These names are a result of the main use of the lands at that time, which were the property of Don Esteban Colón. The main part was dedicated to cattle pastures or cattle ranches.

The second reason is a consequence of the revolution initiated by Don Rafael de Riego y Nuñez in Spain against the absolutist government of King Fernando VII and in tribute to his big “heart” in his liberation efforts.

A proposal by the syndicate Don Gabriel de Arana the name of “Hatillo del Corazón de Riego” (Hatillo Heart of Riego) was given to the new city. The governor of Puerto Rico then was Don Miguel de la Torre.

In the early years of its foundation, Hatillo had 910 inhabitants. During the following years this increased to 2,663 distributed in the urban zone districts (barrios) of Carrizales, Capáez, Naranjito, Corcovado, Buena Vista, (before Yeguada Occidental), Campo Alegre, (before Yeguada Oriental), Pajuil, Bayaney, Aibonito and Barrio Pueblo. In the 1940 census the Pajuil district disappeared being divided between Buena Vista, Naranjito, Corcovado and Campo Alegre.

Hatillo is known as the “Milk Industry Capital “. Since its founding, Hatillo’s principal activity has been the cattle industry and the town is currently the world’s largest producer of milk per square mile, producing one third of the milk consumed in Puerto Rico. The town also has factories sponsored by the government Economic Development Administration, as well as the Plaza del Norte shopping mall, the fifth largest on the island. There is excellent fishing in its coastal waters, which are still used for this purpose.

Hatillo is located on the northern coast of Puerto Rico. It is bordered by: the Atlantic Ocean to the north, Lares and Utuado to the south, Arecibo to the east, and Camuy to the west.

Hatillo is also known as: 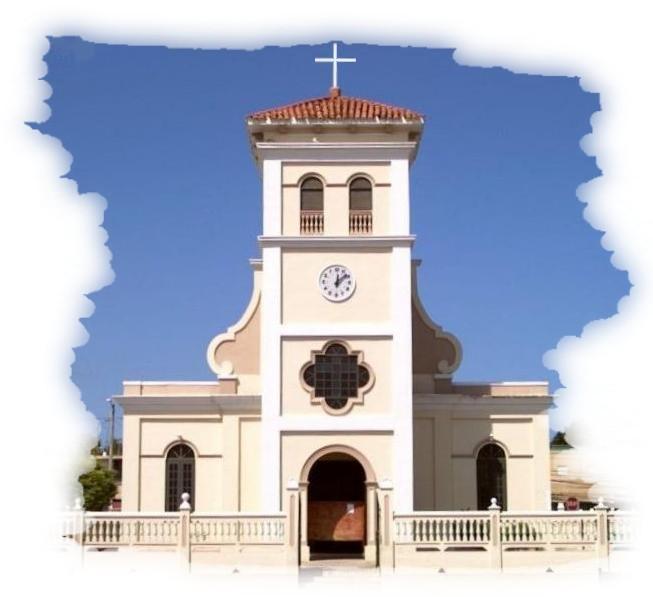 Located between the mountains and the coastal plains, it forms part of the zone designated as the Plateau of the Northwest where there is a predominantly level coastal strip. Towards the interior of the municipality the topography becomes irregular.

Today dairy farms dominate the industry of the town and some factories as a secon alternative help promote the economy. Hatillo is the biggest (per square mile) producer of milk of the world and produces one-third part consumed in Puerto Rico. Plaza del North Mall located in the district of Carrizalez is the fifth mall in importance of the country.

The flag consists of three stripes:

A divided and semi-cut shield:

Hatillo has the biggest pot in Puerto Rico. Measuring 8 feet across by 2½ feet deep. It has traveled all over the island for activities. In one occasion 2,400 lbs. of rice, ham, chicken and other ingredients were prepared. The owner is Dr. Sigfredo (Fifo) Aguilar.

How to get to Hatillo from San Juan.