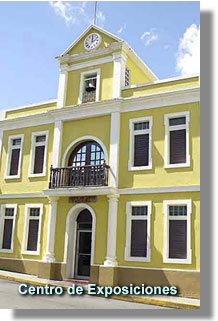 Gurabo (goo-RAH-bo) is known as the “town of the staircases”, because of the extensive and colorful stairways located in the town. The nickname for residents is “gurabeños”.

The municipality of Gurabo is located in the east-central part of Puerto Rico. It is bordered by Trujillo Alto on the north, San Lorenzo on the south, Carolina and Juncos on the east and Caguas on the west. It is part of three distinct geographic regions.

The southern portion is part of the eastern mountainous zone. The northern part is within the humid foothills of the north, and central area is part of the Caguas Valley. This is the largest of the interior valleys on the island. It formed as a result of erosion by the Gurabo River, the Grande de Loíza River and the Valenciano River. The soil in the valley is very fertile.

This town has been one of the fastest-growing municipalities in recent times. This is because Gurabo has become a suburb of the San Juan metropolitan area, as the majority of its residents work in the capital.

The principal economic activity is manufacturing, with metal, paper, plastic, chemicals, pharmaceuticals, textiles, machinery and electronic equipment being the main products. Farming and livestock are also part of the municipality’s economy. Fruit and tobacco are the main crops. Some sugar cane, a very important product in the town’s economic history, is still grown.

Before Gurabo was declared an independent municipality it was Burabo, a district of Caguas. This district was distant from Caguas, which caused transportation problems during the eighteenth century. Caguas could not take care of the problems of their neighbors in this district.

In 1812 the residents of Gurabo decided to take action on this matter. The 168 heads of family who lived in the district met to discuss their problems. They decided to declare themselves orphan of all medical, ecclesiastical, and judicial authority. They complained of not receiving municipal services, and because of the significant number of inhabitants, they were entitled to better economic and social considerations. In this meeting, power was granted to Don Luis del Carmen Echevarría to manage the foundation of the new town, obtaining this in 1815. Seven years later, in 1822 the town erected canonically its own parish under the advocation of Patriarch San José.

Located in the central eastern region, it is bordered by: Trujillo Alto on the north, San Lorenzo on the south, Caguas on the west, and Carolina and Juncos on the east.

Gurabo is also known as: 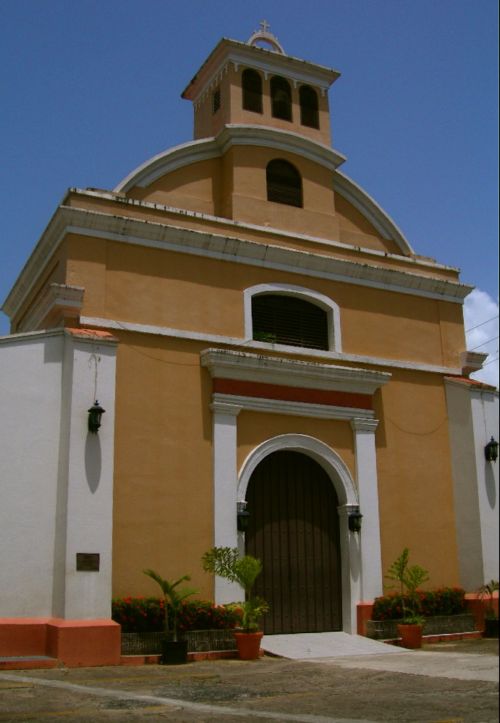 Gurabo belongs to the Caguas Valley region. To the north it contains the Cuchilla de Hato Nuevo, whose culminating point in Gurabo territory is the Silla Hill (Masa Ward), with 367 meters (1,204 feet) of altitude. In the southeast (Mamey Ward) it has other smaller elevations corresponding to the Sierra de Cayey.

With eleven stripes, six green and five yellow, alternated, the yellow with the superior (top) edge indented forming a stairway. Each step measures two units high by three wide. The flag has the main colors of the municipal Coat of Arms, green and gold representing the metal, in this case by the color yellow, and its design alludes to the five stairways characteristic of the urban profile of the population.

In a green field resides a widened gold patriarcal cross. Below the bottom arm are two shields in silver. The one on the left has a fleur de lis and the one on the right three lilies with stems in a natural way. Three towers in gold crown the shield.

How to get to Gurabo from San Juan.