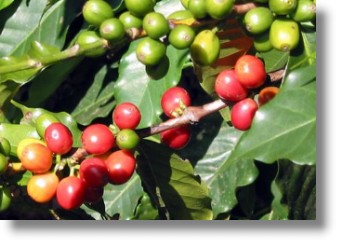 Yauco (YOU-ko) is known as the “Coffee Town,” the “Taino Capital,” and the “Town of Corsicans.” Its patron saint is the Virgen del Santísimo Rosario. Its name comes from the Taino word Coayú or Coayuco, which was used to identify the region and is related etymologically to the word yuca or cassava.

Yauco is bordered on the north by the municipalities of Maricao, Lares and Adjuntas, on the east by Guayanilla, on the west by Guánica and Sabana Grande and on the south by the Caribbean Sea.

Other geographical features are La Ballena bay and El Convento and El Negro caves, located in the Duey sector.

The economy of Yauco is based on agriculture, especially its coffee, which is recognized worldwide. Tobacco, sugar cane and fruits are also grown. Also operating in the municipality are several factories that manufacture scientific instruments and food products made from flour.

Yauco, its etymological root comes from yucca. It was the well-known southeastern region known as Coayuco. This town already existed as a indigenous community long before the discovery of Puerto Rico. Yauco was the indigenous capital of the island of Borikén. Juan Ponce de León arrived to the island to explore and colonize it in 1508, entering thru the Guánica Bay. He went to the Coayuco region, seat of the main chief of the Island, named Agueybaná.

During 1755 the neighbors of this territory had already built a hermitage under the patronage of Nuestra Señora del Rosario (Our Lady of the Rosary) and maintained a chaplain to take care of its religious necessities. These neighbors empowered Fernando Pacheco to request from of the Government authorization to found a town. In January of 1755 Fernando Pacheco presented to Spanish Crown the request of the neighbors. On February 29 of the following year, the Spanish crown authorized the founding. It was then that plans were drawn for the main buildings, such as the town hall, the church, the plaza and streets. Pacheco became the first mayor.

After the Real Cédula de Gracia order of 1815, the population of Yauco prospered notably, thanks to the production of cotton, sugar and coffee. The many Corsican immigrants who arrived in the mountainous area of the southwestern part of the island dedicated themselves to agriculture. Cultivation of coffee in Yauco originally began in the Rancheras and Diego Hernández sectors and later extended to the Aguas Blancas, Frailes and Rubias sectors.

The “last cry of rebellion” against the Spanish government was raised in Yauco. On March 24, 1897, about sixty insurrectionists, under the command of Fidel Vélez, took up arms against the colonial regime. Other leaders of the revolt were Manuel Catalá, Antonio Mattei Lluveras and Agustín Morales. They attempted to seize the city hall and raise a Puerto Rican flag sewn by the wife of Fidel Vélez. Many of these leaders were arrested and imprisoned in El Morro.

On July 27, 1898, U.S. troops commanded by General Miles arrived in Yauco. At that time, the municipality had various manufacturing facilities: factories producing furniture, crackers, pasta, chocolate and other products.

Located in the southern coast, closer to the west, it borders north with Maricao, Lares and Adjuntas, south with the Caribbean Sea, west with Sabana Grande and Guánica and east with Guayanilla.

Yauco is also known as:

It belongs to the municipalities of the Southern Coastal Plain, in addition its northern territory is located in the southern slopes of the Central Mountain Range; where great elevations can be found like Mount Membrillo, the Rodadero Peak and the Curet Hill.

It is watered by the Yauco, Loco, Chiquito, Naranjo and Duey rivers. The Grande, La Granja, Quebradas, Berrenchín, Grande, Fría, Mango Prieto andSusúa gorges. In the river basin of the Yauco river the Luchetti dam forms, it has an original capacity of 16,500 acres/foot. In the river basin of the Loco river the Loco dam forms, that originally had a capacity of 1,950 acres/foot.

Based on agriculture, mainly in the cultivation of coffee, for its excellent quality, it has world-wide fame; other agricultural products that are cultivated here are sugar cane, tobacco and fruits. Within the most important factories we emphasize, by the number of people employed, those that elaborate scientific instruments and nutritional products derived from the wheat flour.

The flag of Yauco consists of two horizontal stripes of equal width, green the superior and gold the inferior one. To the center the official shield of Yauco.

How to get to Yauco from San Juan.